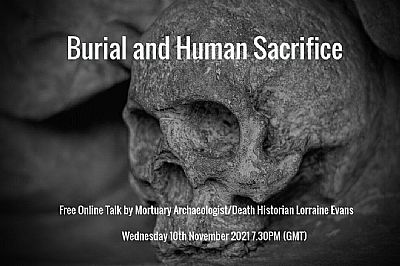 The practice of human sacrifice is as old as time itself. Whether part of a ritual to appease the gods, to bring good fortune, or a propitiatory offering to serve a master in the next life, the manner of burial is as varied in design as the reasoning behind such an undertaking. In Ancient Egypt there is evidence to suggest that retainer sacrifice was an accepted practice during the early dynastic period, as seen in the royal cemetery of Umm el-Qa’ab. Similar observations have been uncovered in Mesopotamia and throughout China, for example archaeologists excavating the tomb of Duke Jing of Qin unearthed more than 180 accompanying coffins containing the remains of roughly 186 victims. In ancient Japan, legends talk of 'hitobashira' ("human pillar"), in which maidens were buried alive at the base of a construction project to protect the building against disaster or enemy attack. Whereas the sacrifice of children was routine among the various cultures of South America, as well as those in North Africa. Both Greek and Roman sources detail how infanticide was common among the Carthaginians. In one single child cemetery alone archaeologists estimate that approximately 20,000 sacrificial urns had once been deposited.

Did the manner of death influence the manner of burial? How were victims deposited? What methods of interment were implemented? And did the burial location have any significant factor in the ritual as a whole? To answer these questions, and more, join Mortuary Archaeologist & Death Historian Lorraine Evans as she explores the macabre world of sacrificial burial.