Burial grounds and grave markers are an important part of our heritage and deserve to be treated as such. They reflect the lives, the beliefs and the attitudes to death of past communities and individuals. They are landscapes of both poignancy and sadness, whose memorials provide a window into our ancestors past thoughts and deeds together with a rich seam of archaeological evidence for the avid researcher.  Nonetheless, today these  ancestral gems are disappearing at an alarming rate. In an attempt to record this tide of destruction, in the autumn of 2013 Morte Photography was born, to bring to life the plight of such historical and architectural treasures. 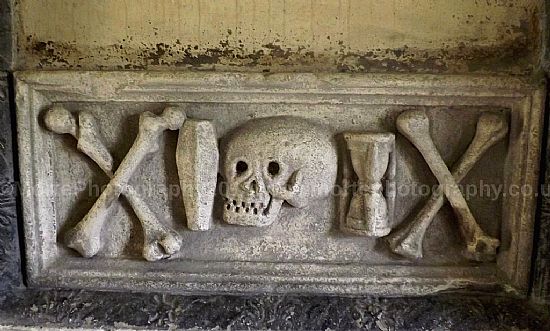 "For some years, due to a serious health issue, I found myself unable to travel to Egypt, in order to pursue my PhD research, and subsequently chose to locate temporarily to the wilds of Scotland to recuperate. I was well aware of the vast richness of Scottish archaeology yet, with a heavy heart, I felt these intervening years would be both a professional and personal low-point for me. Oh how wrong could I be! For it soon became apparent that my new world was full of archaeological wonderment in the guise of local burial grounds and graveyards. I shall kerb my zeal somewhat but suffice to say I became enchanted, some may argue a little obsessed, with graveyards and their inherent symbolism and I soon found my days consumed by a wide variety of death-skulls, memento mori imagery, totemic emblems and the ambiguously entitled ‘pirates graveyard’! Nonetheless, after spending months lurking within the confines of various old burial grounds it soon became apparent that many of the incised graveslabs, tombstones and commemorative wall plaques were in an appalling state. It was a worrying state of affairs that gave me many sleepless nights, yet rather than sit back and do nothing I decided to make a concerted effort to redress the balance before this rich burial heritage was lost forever. Hence the birth of Morte Photography and Research.

Details regarding site visits, images etc can be found by clicking on http://www.mortephotography.co.uk

To fund further research, a shop will shortly be opening whereby you can buy a variety of prints and cards. Examples of which are shown in the gallery below. 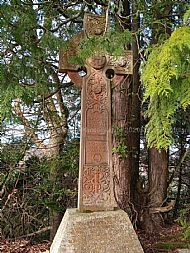 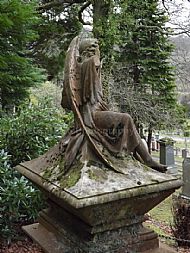 They're Behind Me, Aren't They?